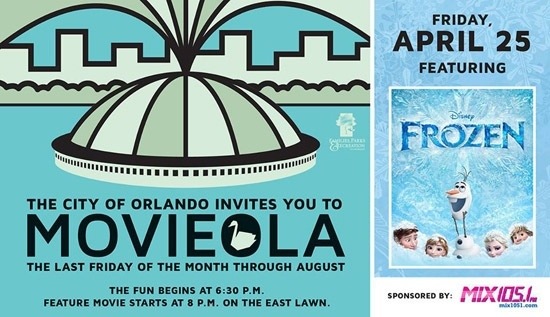 WHAT:
The City of Orlando invites residents and visitors to Movieola, a free monthly movie series in Lake Eola Park in Downtown Orlando.

Beginning on Friday, April 25, and continuing on the last Friday of every month through August, a free, family-friendly movie will be shown on the East Lawn. The event will start at 6:30 p.m. with lawn games, music and food available for purchase at the park with the feature movie showing at 8:00 p.m.