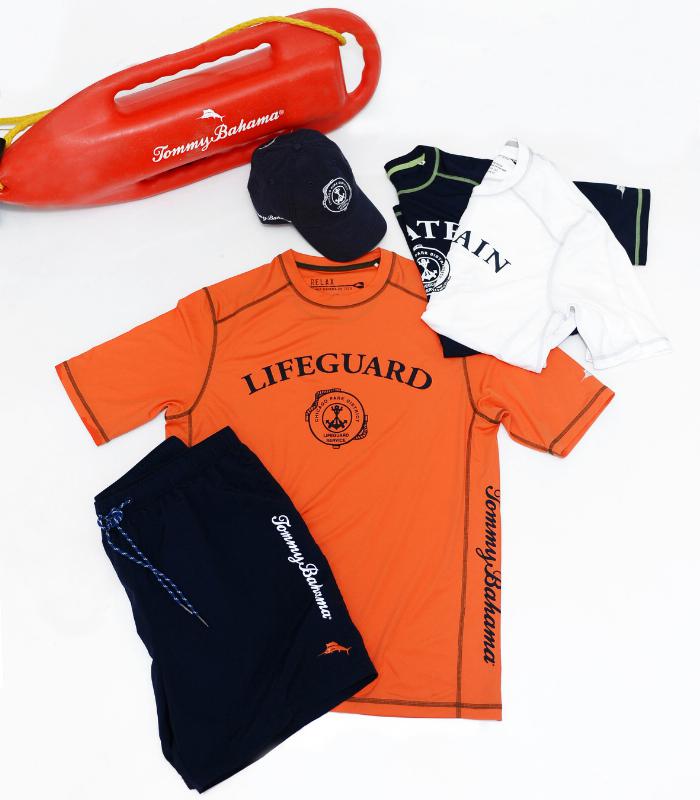 When summer finally arrives in Chicago, urban dwellers know it’s time to head to the shores of Lake Michigan, the city’s playground for water recreation, volleyball, and relaxing. Tommy Bahama and the Chicago Park District (CPD) have partnered to create a fun and activity-rich environment for locals and visitors to enjoy at Chicago’s public beaches. As the “Official Sponsor of Summer,” Tommy Bahama will bring its relaxed, “Make Life One Long Weekend(TM)” philosophy to the beautiful beaches of Chicago, which open on May 23 (rd).“Tommy Bahama is right at home wherever people like to relax,” explains Rob Goldberg, Executive Vice President of Marketing for Tommy Bahama on the partnership with CPD. “Chicago happens to have some of the most beautiful beaches in the country where locals and visitors gather and enjoy the summer. We’re excited to partner with CPD to support beaches and lifeguards. It’s a natural fit for a brand whose mission is to inspire the world to relax.”Tommy Bahama’s generous donation to the Chicago Park District to support the city’s beaches includes:    —  CHICAGO PARK DISTRICT PARTNERSHIP: Tommy Bahama joins the Chicago Park        District for Summer 2014 to help fund the operation of the 27 beaches        managed by CPD, including 218 volleyball courts.    —  LIFEGUARD SUPPORT: Tommy Bahama will supply the official uniform of a        Sun Tech tee, Swim short and Navigator hat to more than 400 lifeguards        who protect Chicago’s beaches.    —  JUNIOR LIFEGUARD PROGRAM SUPPORT:  Through a charitable contribution,        Tommy Bahama will grant 25 scholarships to the Junior Lifeguard program        to help expand opportunities for participation. In addition, the brand        will give a nylon backpack to all participants in the Junior Lifeguard        competition on July 17(th) at Montrose Beach.Tommy Bahama will create more Summer fun by partnering with the Chicago Sport & Social Club’s weekly volleyball league games, which are the largest in the country. Tommy Bahama will provide staff tee shirts, as well as a weekly giveaway at the games for league members. They will also be involved in special events including:    —  The “SixPack Volleyfest” on June 28    —  Chicago Bears quarterback “Jay Cutler Foundation Charity Beach        Volleyball Tournament” on July 18    —  “Volleywood Beach Bash and Tournament,” the largest beach volleyball one        day  tournament in the Midwest with 3,000 guests, on July 19The Chicago Park District is one of the largest municipal park managers in the nation and owner of more than 8,100 acres of green space. In addition to serving residents, a number of these parks and beaches double as famous tourist destinations.“Our beaches are Chicago’s most popular Summer attraction,” said Chicago Park District General Superintendent and CEO Michael Kelly. “We are excited to launch this season in partnership with Tommy Bahama. Through this joint venture, we will not only outfit the lifeguards that protect beach goers but also enhance the Summer experience for the millions that visit our beaches annually.”As the “Official Sponsor of Summer,” Tommy Bahama brings its relaxed, toes-in-the-sand approach to the beautiful beaches of Chicago through its partnership with the Chicago Park District. Tommy Bahama will do its part to keep the city’s beaches a beautiful place to relax and support Chicago’s reputation as one of America’s best beach cities