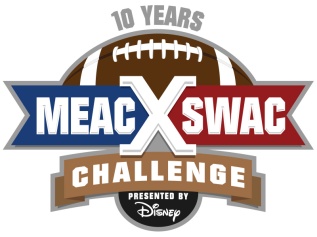 LAKE BUENA VISTA, Fla., June 10, 2014 – College football fans have a new reason to cheer: tickets are now on sale for the 10th annual MEAC/SWAC Challenge Presented by Disney. The Historically Black Colleges and Universities (HBCU) football matchup will take place at the University of Central Florida (UCF) on Sunday, Aug. 31.

Set to be televised on ESPN during college football season’s opening weekend – on Aug. 31 at 11:45 a.m. EDT – the 2014 MEAC/SWAC Challenge will mark the first meeting between the two universities and is expected to attract more than 20,000 fans to the game.

“With its celebration of diversity, football and HBCU heritage, we always look forward to the MEAC/SWAC Challenge,” said Nancy Gidusko, director of Corporate Citizenship for the Walt Disney World Resort. “But as we celebrate the 10th anniversary of the weekend’s events here in Central Florida, this year promises to be even more fantastic.”

The MEAC/SWAC Challenge Presented by Disney is more than a gridiron spectacle – it’s an HBCU tradition that celebrates the contributions of historically black institutions and their alumni. The four days of events include a high school career seminar, band showcase, a Legends’ Reception and the Sunday game.

The game will be played for the first time at Bright House Networks Stadium on the UCF campus, while the Florida Citrus Bowl Stadium undergoes renovations. For the past six years, Disney has sponsored the event as part of the company’s ongoing commitment to diversity, education and community. Since its inception, the game has showcased 13 different HBCU institutions.