— “On The Run is an epic show because BEYONCE and JAY Z really have no equals. As individuals, they’re impressive. But together they’re unstoppable.” – ATLANTA JOURNAL CONSTITUTION

— “For almost two and a half hours, they traded control of the stage […] giving each other space to be the center of attention and also helping out where needed in a show that acknowledged their two very different sorts of success without diminishing either one.” – NEW YORK TIMES 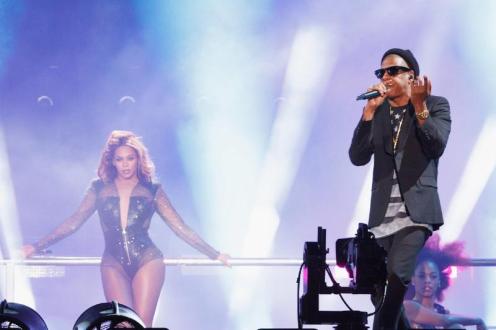 With just six dates left in the North American leg of JAY Z & BEYONCE’sOn The Run Tour, the final stop will be in Paris, the tour’s only European city. On September 12 and 13, the On The Run Tour will perform these exclusive shows in the City of Love.

ON THE RUN TOUR: BEYONCE AND JAY Z  PARISIAN DATES: