The event will be held at the Orange County Convention Center on Jan. 15 from 8:30 a.m. to 11 a.m. The event is free and open to the public, although seating is limited. For registration and directions, visit the Orange County Government’s website page.

o Sean Snaith, Ph.D., will present his annual economic update. Snaith is the director of the University of Central Florida’s Institute for Economic Competitiveness and a nationally recognized economist in the field of business and economic forecasting.
o The EDC will discuss its new branding campaign (Orlando. You don’t know the half of it), which is the culmination of a branding summit held by Mayor Jacobs in 2012 and subsequent efforts of the Regional Branding committee. The initiative highlights the many corporate assets Central Florida has to offer.
o Other experts and leaders will share their insights as well as information about resources available in Orange County and an update on the region’s international trade efforts.

BACKGROUND: The Mayor’s annual Economic Summit was launched in 2013 following a series of nine economic and job summits designed to examine the area’s varied needs. Those meetings, which were held in 2011 and 2012, focused on key geographic regions and industries such as life sciences, clean technology and international trade. 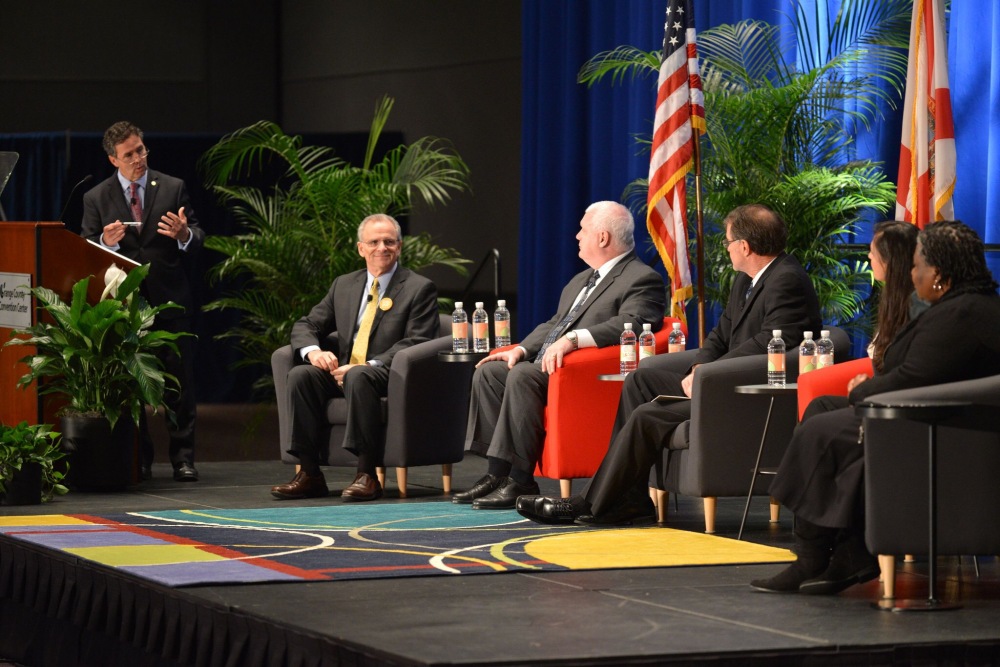