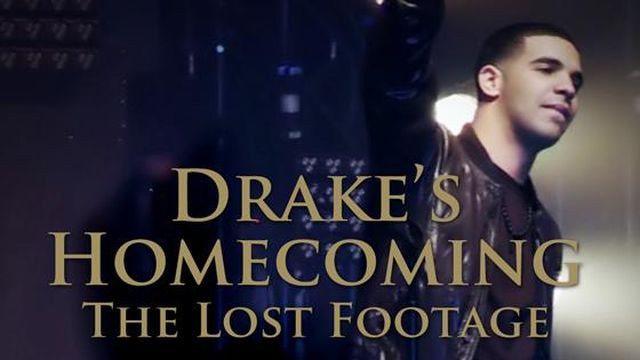 On The Heels of Dropping His #1 Debut Billboard Album, ‘IF YOU ARE READING THIS IT’S TOO LATE,’ Newly Rediscovered 2009 Concert Footage from Toronto’s Sound Academy with Exclusive Interviews is Now Coming to Select Canadian Cineplex Entertainment/Landmark Movie Theatres.

Previously believed lost and destroyed, the footage for “DRAKE’S HOMECOMING: THE LOST FOOTAGE” was shot prior to Drake signing with Little Wayne’s Young Money (Cash Money/Universal) imprint during a live, sold-out concert at Toronto’s Sound Academy in 2009. After its recent rediscovery, additional production and footage was added to the concert film including interviews with Rap-a-Lot Records CEO James Prince and his son Jas Prince, who is credited with the discovery of Drake and bringing him to the attention of Little Wayne. The soundtrack includes the international smash hits, “Best I Ever Had” and “Successful.”

Jas Prince, CEO of Young Empire Music Group said, “When I first listened to Drake I had no idea he was on a hit show, I just fell in love with his sound and talent – it was unique and like nothing I had ever heard before. I told him during our first conversation I would make him a star. This film documents the beginning of that journey.”

Tickets for “DRAKE’S HOMECOMING: THE LOST FOOTAGE,” are available now at participating Cineplex theatre box offices and online at Cineplex.com/Events.

First known for his role on the highly-successful television series “Degrassi: The Next Generation,” the Toronto-based rapper Drake now holds the record for the most number one hits on Billboard’s R&B/Hip-Hop Chart. Prior to his current fame, Drake self-released several mixtapes before releasing the single “Best I Ever Had” from the 2009 mixtape “So Far Gone,” which charted to #2 on the Billboard’s “Hot 100” chart. After signing to Universal, Drake released the album “Thank Me Later” (2010) which reached sales of 1.5 million and produced the top ten hit “Over.” 2011 saw the release of the multi-platinum album “Take Care” and Drake winning a Grammy for the “Best Rap Album.” His 2012 “Club Paradise Tour” was the highest grossing hip-hop tour, bringing in excess of $42 million. 2013’s release of “Nothing Was The Same” earned Drake the top spot in the Billboard 200, a platinum certification, and another Grammy nomination. 2013/2014’s “Would You Like a Tour” grossed over $48 million. 2015 will see the release of his fourth studio album, “Views From The 6,” released worldwide.

“SpectiCast is proud to be the worldwide distributor of this film. Drake is an international superstar and we are excited to showcase him at the start of his mammoth career. This rare footage is a must-see for every Drake fan across the globe,” said SpectiCast Co-founder and President Mark Rupp.

“James Prince, CEO of Rap-a-Lot and Anzel Jennings, Co-Producer of DRAKE:HOMECOMING have been outstanding partners in wanting the quality of the project maintained throughout all levels. We couldn’t ask for a better team of international partners for the theatrical and broadcast deals being concluded right now. In conjunction with Rap-a-Lot we are looking at an early 2015 for the international release of all windows across multiple platforms,” states AMG Chairman Mark S. Berry.

Rob “Kelo” Hendricks, EVP Business Affairs at AMG added “It goes without saying that this film is essential for Drake fans, particularly given the amount of time spent on highlights of how he was discovered and the climb up. Mark and I are honored at being a part of this film and in partnership with James and Anzel at Rap-a-Lot along with Mark Rupp at SpectiCast as Drake is more than just an artist with 21.5M Twitter followers. He’s a planet and his planet is populated by millions of devoted fans. We are set to deliver a 5 star project,” he said.

Samuel Cole-Elkind, president of Serious Entertainment says, “We are honored and humbled to present one of the biggest concert films for hip -hop culture ever. To be presenting this movement along with legendary AMG producer Mark Berry, Rob “Kelo” Hendricks, Rap A Lot records CEO James Prince & Specticast President Mark Rupp is truly an honor. This film has been compared to the Beatles performing at the tavern in London. The world will now get the Drake experience on the big screen with surround sound worldwide.”