Series Created by Trey Parker and Matt Stone Premieres in Spanish on Monday, Oct. 26 at 10 p.m.


NBC UNIVERSO, the modern entertainment and sports cable channel for Latinos, today announced the premiere of South Park, the irreverent and unapologetic adult animated series created by Trey Parker and Matt Stone. South Park is the longest-running primetime scripted series in cable and is the first animated series to air on NBC UNIVERSO beginning Monday, October 26(th) at 10 p.m. ET/PT. 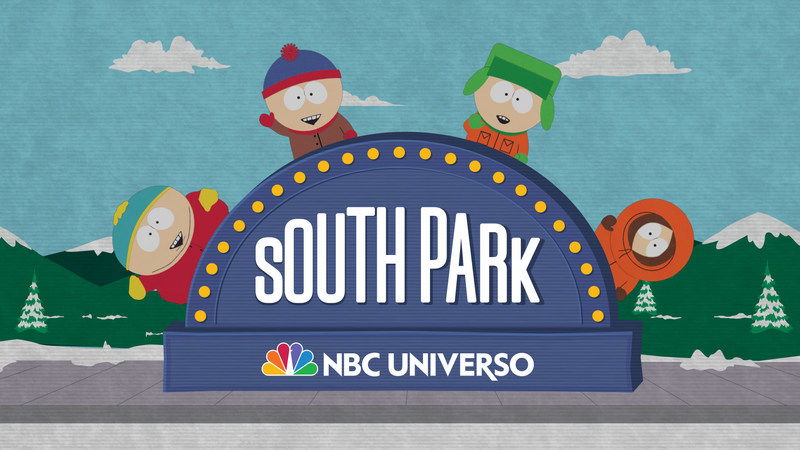 The show revolves around four boys and their adventures in South Park, Colorado. The bold and controversial series parodies celebrities, news events and trending topics without remorse. Viewers have been tuning in for 19 successful seasons to see the crude humor and social satire that has made South Park a staple on Comedy Central. Now, as it debuts in Spanish for the first time in US television on NBC UNIVERSO, Latino audiences will be able to experience the comedy and satire that has made the series a success.

“By adding South Park to our already bold programming lineup, NBC UNIVERSO is going where no other Spanish cable network has gone before,” said Arelys Carballo, Vice President of Programming. “South Park is a daring series that introduces an irreverent brand of comedy to our Hispanic viewers and adds an exciting twist to our lineup.”

For more information on NBC UNIVERSO and to find the NBC UNIVERSO channel number in your area, please visit www.nbcuniverso.com/encuentra.