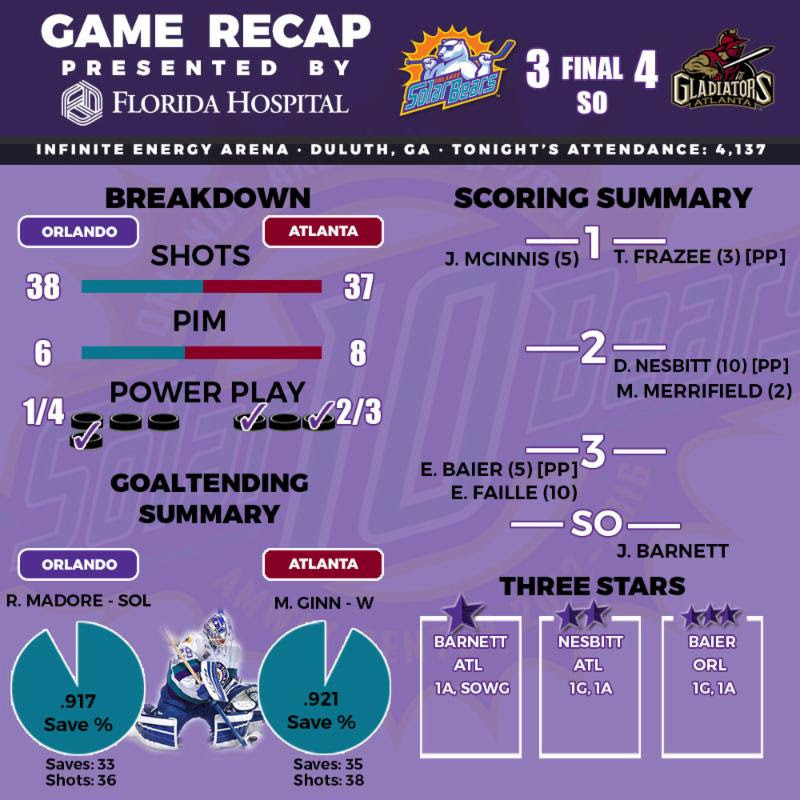 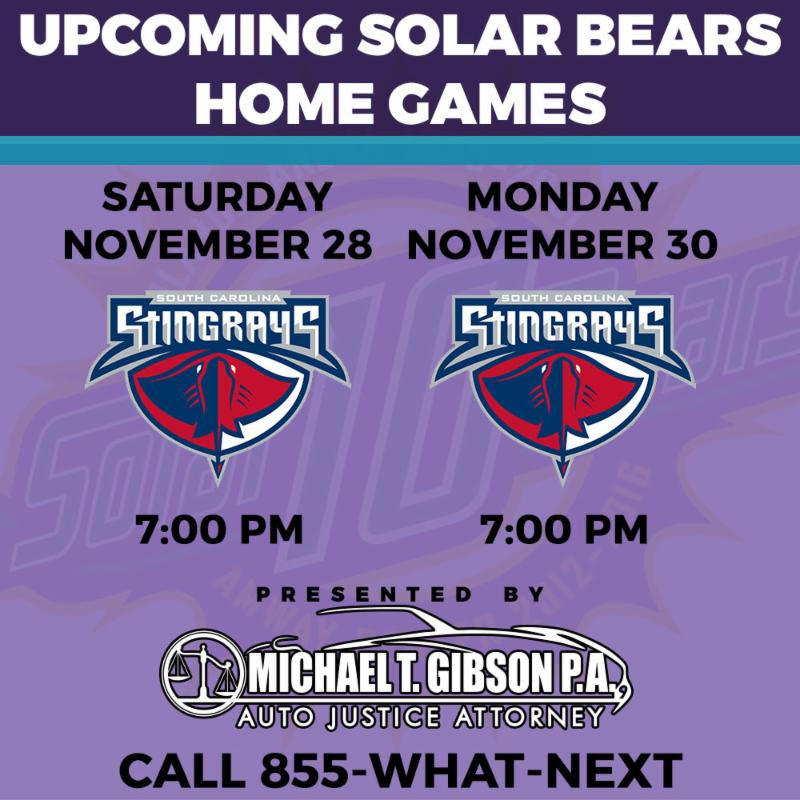 The Orlando Solar Bears (8-4-1-3), proud affiliate of the NHL’s Toronto Maple Leafs and the AHL’s Toronto Marlies, fell to the Atlanta Gladiators (10-7-1-0) in the shootout by a 4-3 score in front of a crowd of 4,137 on Friday night at Infinite Energy Arena.
Atlanta opened the scoring in the first period when Thomas Frazee converted on a power play and tipped in Derek Nesbitt’s shot from the slot past the blocker of Rob Madore at 3:12.
The Solar Bears tied the score at 17:21 off a tip-in from Johnny McInnis, who redirected Matt Rupert’s shot from the left circle past Matt Ginn.
The Gladiators took the lead again in the second period with another power-play goal from Nesbitt at 4:59, and then Mike Merrifield pushed his own rebound through the pads of Madore at 14:50 to make it 3-1 Atlanta.
Orlando stormed back in the third period, when Eric Baier drilled a shot from the left point to beat Ginn at 3:41, and then Eric Faille tied the score after his shot from the slot banked off a defender’s skate into the net with Madore pulled for an extra attacker at 19:25 to force overtime.
Neither team scored in the extra session; the game was decided in the shootout when J.T. Barnett snapped the puck past Madore in the second round and Ginn stopped Baier to seal the game for the Gladiators.
Madore took the shootout loss for the Bears with 33 saves on 36 shots; Ginn earned the win with 35 saves on 38 shots.