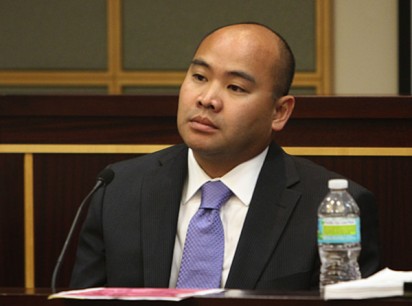 On June 14, 2016, Joshua D. Stephany, MD was confirmed for a three-year term as the Orange County Chief Medical Examiner and Division Manager of the District Nine Medical Examiner’s Office, which includes Orange and Osceola counties.Previous to his appointment, Dr. Stehany served as Interim Chief Medical Examiner, following the retirement of Dr. Jan Garavaglia in May 2015.

Three candidates were interviewed for the position of Chief Medical Examiner.

“Dr. Joshua Stephany is well suited to fulfill this position not only because of his vast experience and education, but because of his strong relationships within the District Nine community,” said State Attorney Jeffrey L. Ashton, who chaired the search for the Orange County Chief Medical Examiner. “We are glad to have Dr. Stephany lead this office.”

“Although June 15 will be Dr. Stephany’s first official day as Orange County’s Medical Examiner, his actions throughout the past few days, coupled with his vast experience, make it clear that he is the right person for the job,” said Orange County Mayor Teresa Jacobs. “When he was selected to serve as medical examiner, we never expected a tragedy like the Pulse Nightclub shooting. Dr. Stephany has responded to this tragedy with the utmost care and professionalism.”

Dr. Stephany’s recommendation came prior to the Orlando tragedy that occurred on June, 12 which resulted in the loss of 49 lives and 53 injuries.